Looking for the Lights

Another night of Texas football.  A huge storm rolled through Texas today, hitting a large portion of the state.  The beginning of the game had a nice cool breeze, but I was drenched by the fourth quarter.  I remained a loyal fan even though our JV lost 26-0.  I still love the Panthers!

I try to make it to most of the games.  I haven’t missed any so far, though that might be more due to my lack of employment and abundance of free time.  I like being able to support Sam and his team.  Since Maypearl is a 2A school, most of the towns they play against have less than 1,000 people.  It feels like the whole town shows up to the games to support the boys.  It creates a great atmosphere of camaraderie.

I feel like that’s where I am in life right now: looking for the lights.  I’m in the town, I’ve got the motivation.  I’m not lost… I know what I’m looking for.  I know what’s waiting for me.  Something bright.

As I was sitting there tonight, huddled under an umbrella as my leather flats slowly filled up with water, I tried not to think about what’s in store in the future.  Tonight, the air was cold and clean.  A shower blew in from the west and washed everything.  Nothing is certain right now.  I don’t even know if I’ll have a job by Christmas, and if I do, I imagine it won’t be any improvement over jobs I had in high school.  It’s frustrating to think that the kids I was sitting next to in the stands might have more luck at getting a job than me.

Tonight, Sam and I are huddled under a warm blanket on the couch watching The Big Bang Theory and laughing at Sheldon.  Our clothes are drying and I’m comfy in Sam’s hoodie he got in Salamanca, Spain when he studied there.  He’s shamelessly beating me in two Words With Friends games.  He’s letting me play with his hair, and it’s just such a wonderful day, even though we overslept this morning and Sam was late for work, even though the game was almost rained out and the team lost, even though I’m still waiting on a job.  The lights are bright and the Revells are doing just fine.

What do you think? Cancel reply 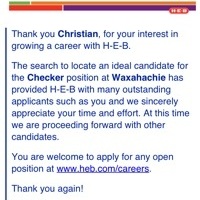